Team Ireland to compete at Quidditch World Cup this July

Here is one for the Harry Potter fans !

The Quidditch World Cup will be taking place this July in Frankfurt, Germany. 25 teams from all over the globe will be participating in the event, which occurs every two years, and this is the first time Ireland will compete at the tournament.

A relatively new sport, quidditch was adapted from the Harry Potter novels just over ten years ago in the US. It combines elements of rugby and dodgeball to create a fast paced, full contact, co-ed sport. It has proved to be a popular game for athletes and Potter enthusiasts alike and has grown enormously in the past few years. There are now teams on every continent as well as many countries hosting annual club championships for their top teams.

Last year Team Ireland competed in the European Games. This was the country’s first appearance on an international level and despite having one of the smallest squads at the tournament (8 players), Ireland put up a good fight against many of the more experienced teams in Europe.

This year Ireland is taking a full squad of 21 players to Germany to compete in the World Cup. The team consists mainly of quidditch players from clubs in Galway and Dublin as well as Irish people that have played with clubs in the UK. The team hopes to improve on last year’s results and bring home new skills and insights to help the sport develop in Ireland.

One of the most unique characteristics of quidditch is that it is one of the only full contact sports that doesn’t divide teams by gender. The sport aims to be as inclusive as possible and to encourage more women in sport. To compete, teams must have a mix of genders on pitch at all times.

For more information on quidditch in Ireland or abroad please contact Quidditch Ireland at: [email protected], find us on Facebook or Twitter or support our fundraiser online https://www.indiegogo.com/projects/send-team-ireland-to-the-quidditch-world-cup . The Quidditch World Cup will take place on the 23rd – 24th of July 2016 in Frankfurt. 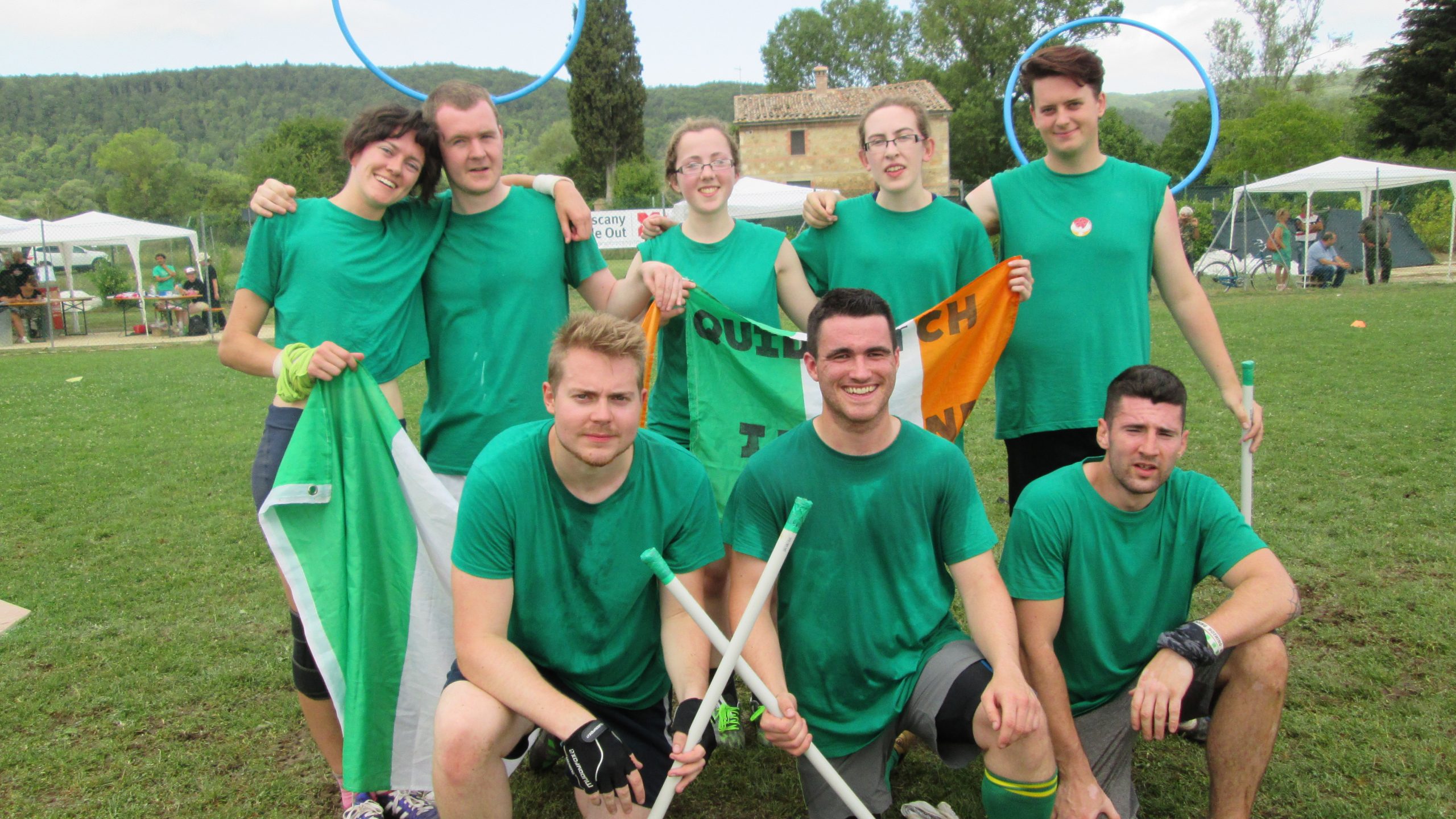 Team Ireland to compete at Quidditch World Cup this July