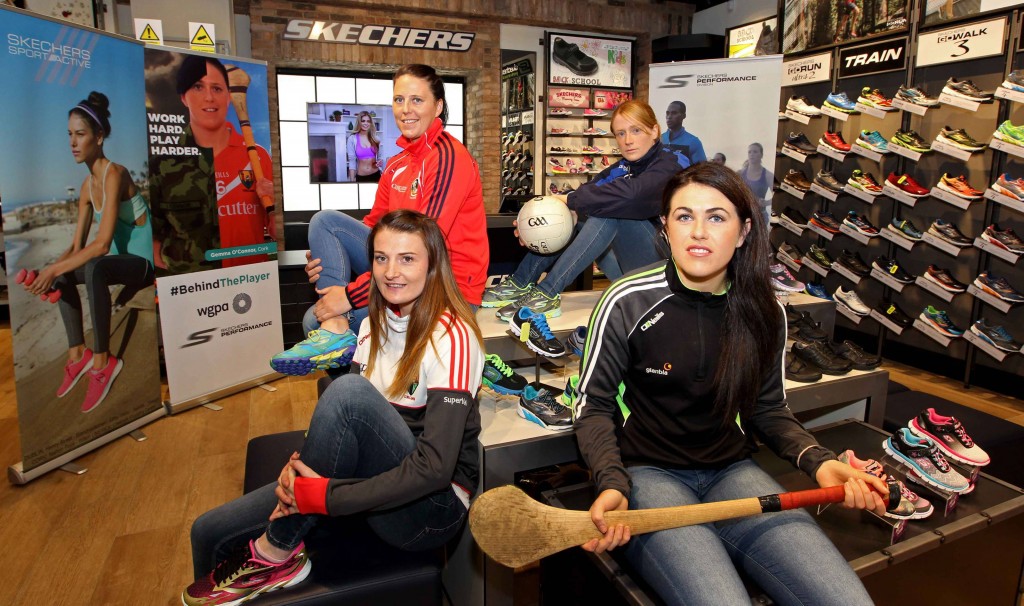 The Women’s Gaelic Players Association (WGPA) today is delighted to announce a new partnership with Skechers Ireland. The partnership will see Skechers support the WGPA Hero award for the Player of the Month in ladies football and camogie.

Skechers’ support for this initiative will acknowledge top performers across both codes each month throughout the championship season. In a player survey carried out last Summer, county players were confirmed as committed, ambitious athletes; 85% train at least five times per week, between squad sessions and extra individual skills and fitness work. Players also indicated that they would appreciate greater acknowledgement and recognition as athletes. This partnership with Skechers reflects their commitment to enhancing and recognising the performance of top athletes across the world.

The monthly WGPA Hero award represents the first joint initiative of this kind for ladies football and camogie, which reflects the ethos of the WGPA to unite both codes. The initiative will be publicised each month in the Sunday Independent, with the support of Skechers. The winners will be jointly selected by votes from WGPA members and by the public through social media.

Speaking at the launch, Skechers representative Paul Gallagher said “We are very excited to be partnering with the WGPA and supporting the monthly WGPA Hero initiative which rewards the hard work and commitment required for ladies camogie and football. We have the utmost respect for their organisation and what they are trying to achieve for elite female GAA players in Ireland. We believe that the Skechers Performance Division is a perfect fit for the WGPA and together we hope we can further increase recognition, coverage and acknowledgement of county players.

Chairperson of the WGPA, Aoife Lane, said “We are delighted to have Skechers on board as supporters of our monthly WGPA Hero initiative. Skechers are a growing brand across Ireland, which reflects our own status as a relatively new organisation hoping to improve the welfare of players nationwide. Skechers also are an established provider of performance footwear, which resonates strongly with our membership of elite performers in ladies football and camogie, many of whom carry out additional fitness training beyond that required for their county team. One of our aims at the start of this year was to run a player of the month campaign, we are very thankful to Skechers for supporting us to deliver on this for players.’’

The WGPA is the first amateur female players body in the world and now represents 1,000 players from 52 squads across 32 counties.

The WGPA Hero Campaign will involve a monthly selection of a ladies football and camogie player as the top performer over the previous month. Voting will be shared across supporters through social media and through the WGPA membership. Winning players will receive an award from Skechers, and will be revealed each month in the Sunday Independent.