sportswomen.ie has been created by me, Sharon Hutchinson, a former international hockey goalkeeper, as a result of my frustrations with the lack of coverage of women’s sport in the national Irish media. My mission is

We welcome all feedback, negative or positive so that we may improve our website. We want our website to represent the standard of excellence that our Irish athletes work towards. If we achieve that, tell your friends, if we don’t tell us at [email protected]

Banner, side bars and featured sponsor are available with each of the different sports. Contact us at [email protected] to discuss how we can best promote your product.

sportswomen.ie are always looking for good stories and great writers. Send us your pictures and video clips. We will help you get your news publicised. Also if you are regular attender on the sidelines and you feel you could write a match report send it in to us. 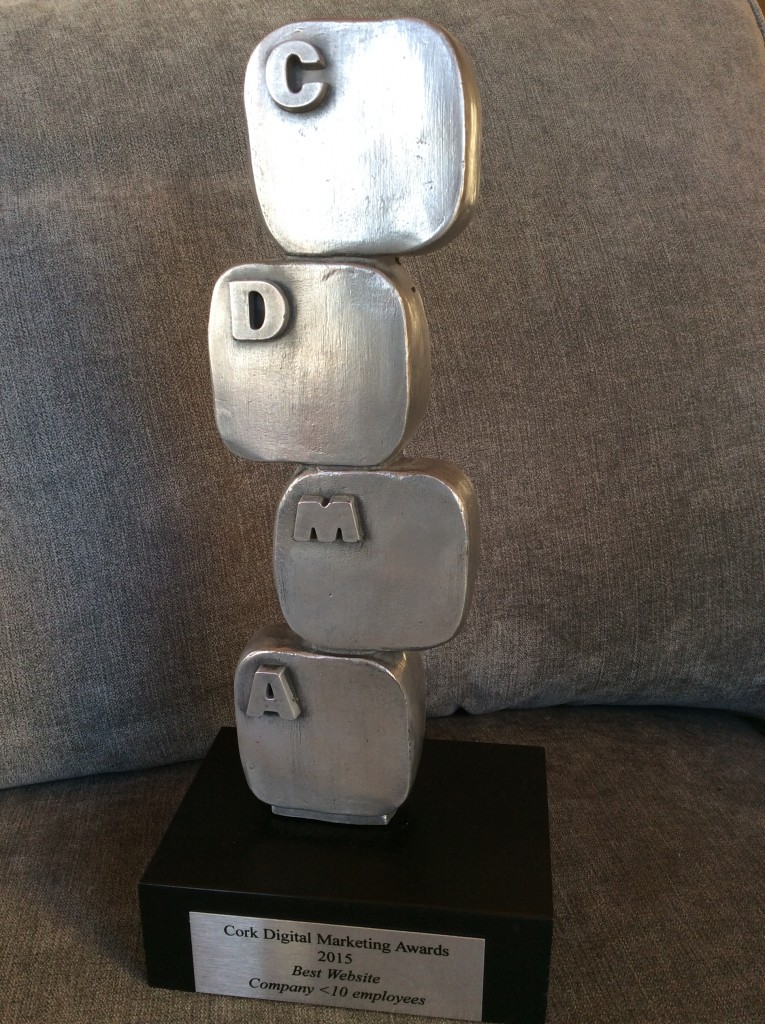 To finish off 2015 the Irish Times featured sportswomen.ie in it’s Women in Sport page on the last day of the year, by Malachy Clerkin. A great finish to a great year for sportswomen.ie 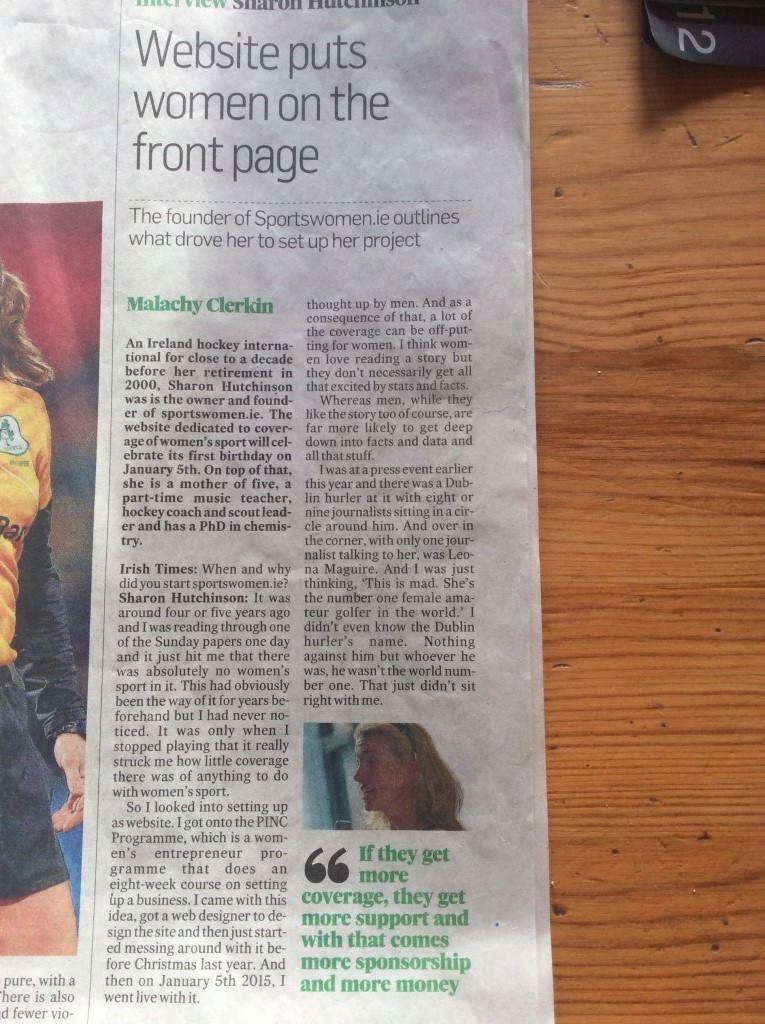 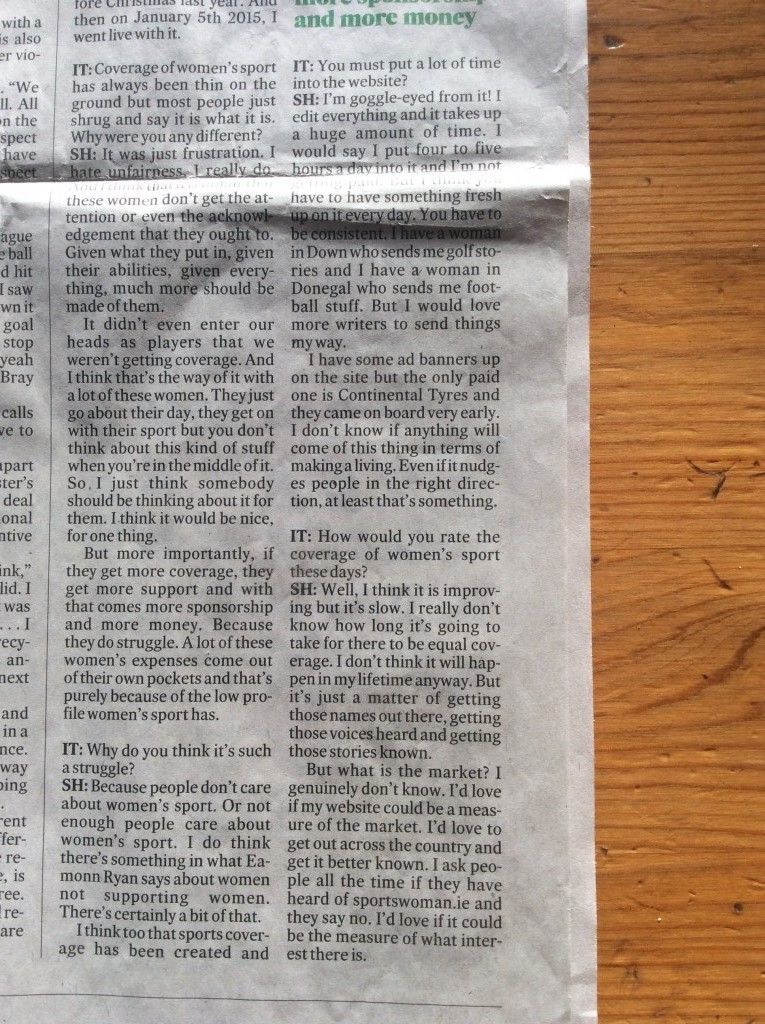 Q&A with Sharon Hutchinson, not once but twice in the Irish Times, click here

Our ‘Most Influential Women In Irish Sport’ series has identified 50 Women working within or having an important influence over sport in Ireland in 2015. The list below is far from exhaustive.  We could stretch to ten times this and still not find it hard to find women in what was once very much a man’s world that are making a massive contribution to how sport is played, how it is managed, how it is funded and how the next generations of boys and girls are being inspired to play and stay with sport for life.

This years list is  in association with our Official Partners in Women’s Sport, Liberty Insurance.

We compiled the original list in 2014 in response to being told that it wasn’t possible.

In order to achieve parity of esteem for sport played by boys, girls, men and women we need to focus on it not as mens or women’s but as sport, in the same way we would health, or education. Equality is not an aspiration, it’s a right. Sport is still lagging behind where it should be but those who we will list below are working to ensure that does not last.

This list is borne of personal knowledge, advice and consultation with a wide circle, instinct, and a significant number of nominations. To those include we salute you.  To those who have not made the list this year, keep working away and we will be back again in May 2016 with a new list for a new year, perhaps including some of the 35 more listed at the bottom who are making a mark in ways equal to those who we have had the space to feature over the last ten weeks.

Sharon Hutchinson is the creator of Sportswomen.ie and a passionate and dedicated advocate of women in sport across the entire sporting spectrum.  Having played as an international goalkeeper in hockey and lectured in Chemistry for a spell at Cork Institute of Technology it was a big leap to kick off an online service that consistently highlights the best of Women’s sport.

Alongside others though, including the Women’s Sports Journal, Hutchinson has shown that creating a space in the online world can be of value to sports that are finding it hard to break through to the world of mainstream media.  The whole landscape of how we consume news and information is changing all the time and she is deserving of a place in this list for her efforts to harness that change. 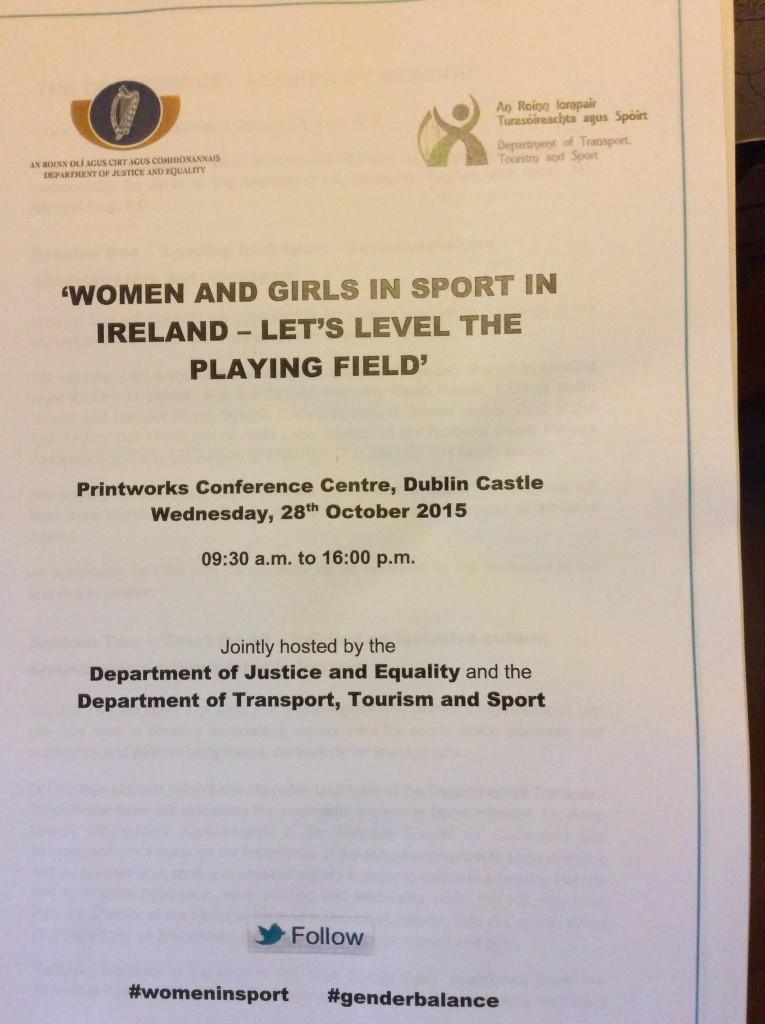 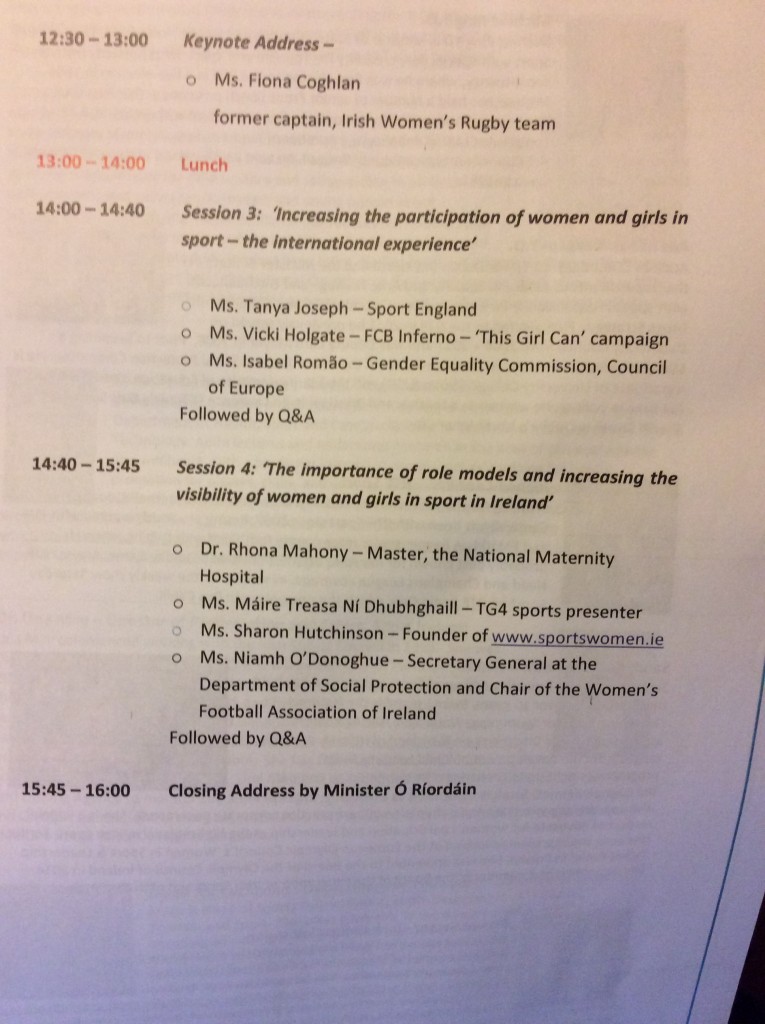 sportswomen.ie took part in the Women in Sport conference on the 28th October 2015 and had the opportunity to speak about the importance of role models and increasing the visibility of women and girls in sport in Ireland. 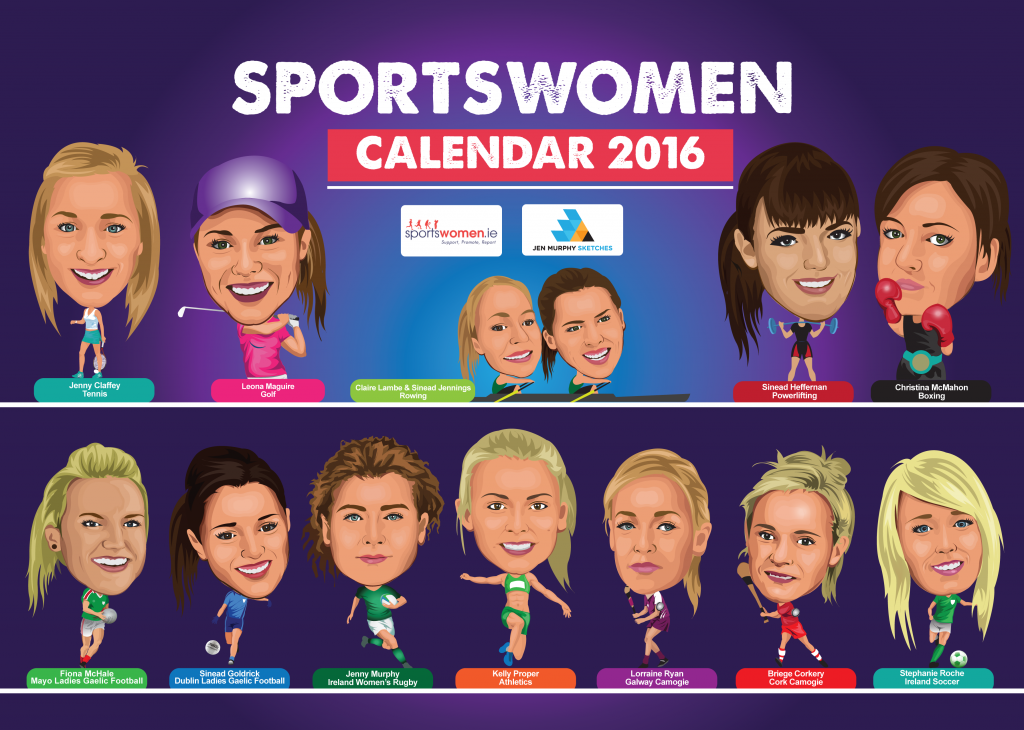 sportswomen.ie is very proud of the sportswomen 2016 calendar created with Jen Murphy Sketches.

Sharon is ambassador for the well known brand Helly Hansen. sportswomen.ie features in their What’s on Your Horizon campaign 2016. The campaign involves Sharon and three other lifestyle bloggers to document their journey from newbie sailors to competent sailors at Cowes Week 2016. 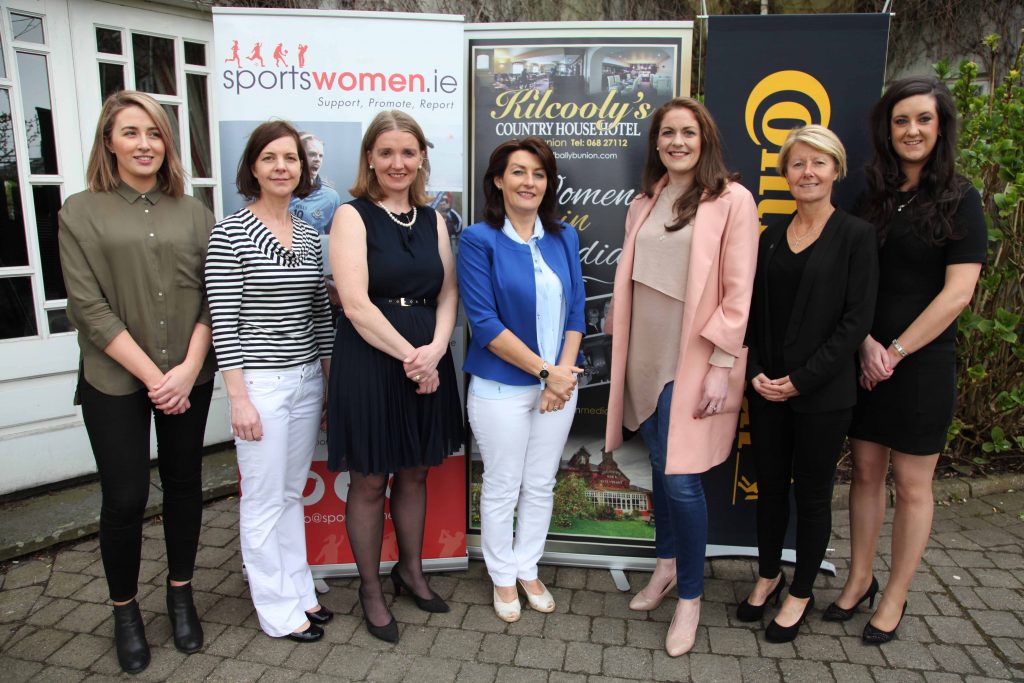